Open Drone ID is a project to provide a low cost and reliable “beacon” capability for drones so that they can be identified when within range of a receiver.  The current specification is based on Bluetooth* Legacy Broadcasts Packets (Advertisements), the new Bluetooth 5 (long range) Advertising Extensions, and WiFi implementation advertisements based on Neighbor Awareness Network protocol. A network access APIs are under development.

Such advertisements can be used by the general public, law enforcement, critical infrastructure managers, ATC, or other drones to give better situation awareness of the airspace around them.

The information (messages) sent is divided into static and dynamic data where the static data is broadcast less frequently than dynamic data. These messages are “connectionless advertisements” that do not require any acknowledgement from the receiver. 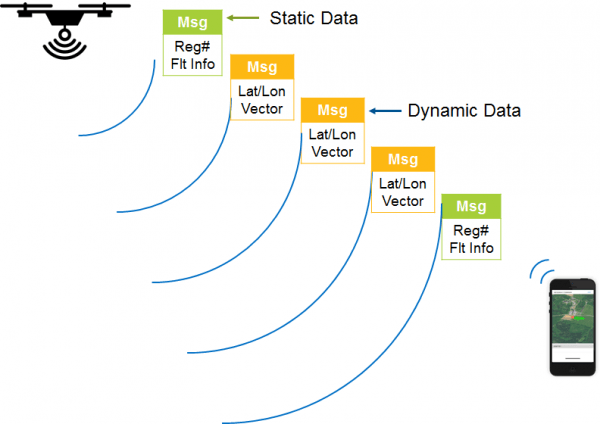 While WiFi and Bluetooth Legacy has a range limit of 200-400m (depending on obstructions and radio interference), Bluetooth 5 long range can go 4x the distance.  In the Open Drone ID Bluetooth Broadcast specification, the intent is to broadcast in a way that basic receivers (like current cell phones) will work as well as (high gain) ground-based and new phone receivers that can take full advantage of the range improvements with the newer standards.

This project will provide an open specification as well as code examples to enable quick implementation of the specification.